Prepare for wet weather. Plan and prepare for a wet wedding and chances are that you will have great weather on your wedding day. 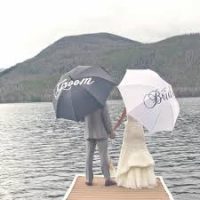 1.  Have a wet weather Plan B for your ceremony … if you have an indoor Venue for your Reception, generally you can use this area as well for your Ceremony, then the Bridal Party can go away for more Wedding Photos.

2. Book a wet weather location for your Location Photos … a lot of resorts will allow you to use their areas for your Wedding Photos. You need to ask though just to make sure.

3. Book your Limousine transport long enough beforehand so in the case of wet weather, the Limo will take you door to door to your Ceremony and then take you away for your Wedding photos … allow enough room for your Photographer if possible in the front so you can stop for any candid photos that you wouldn’t have normally obtained … have some fun!

4. Be Brave! … talk to your family and guests as they don’t want to get their hair and outfits wet either, but if it is only light occasional drizzle and you have you heart set on your location, umbrellas work and look great if used creatively in your wedding photos.

5. Think About Your Hair … Wear your hair up is my best and most important tip!  no use trying to have curls if it is wet weather, as they wont last and you still want to look stunning at your reception despite a few rain drops.

6. Take a Photo at Night in the Rain … a fabulous look which will add to your day.

7. Stay Positive …. no one else really knows what you had planned so just go with the flow and have an awesome Wedding day. You are getting Married, remember, and that is the most important thing, not how wet the grass is.

Wishing you a very happy Wedding Day, Rain or Shine

Travelling is a such a fun way to make memories, yet there are also times when those memories aren’t the best ones we want to remember … being prepared for your holidays makes this event a little less stressful … remember the old saying

Here are some wonderful ideas to help you when your packing: 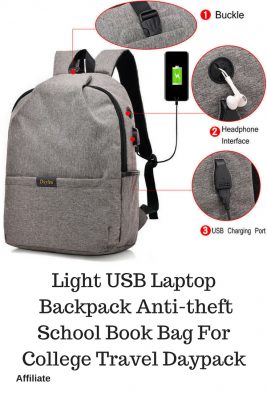 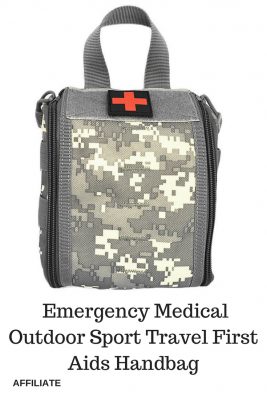 We at Noosa VIP Limousines choose to partner and recommend holiday accommodation through Booking.com  where you can ensure there are:

Happy Travels from the Team at Noosa VIP Limousines.

Perfect Holiday Location for your 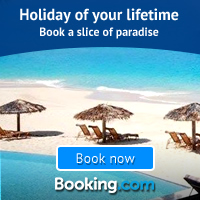 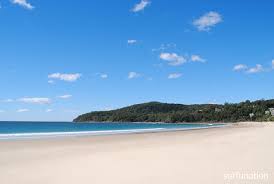 Noosa has the most beautiful beaches, clear water and golden white sand.

Accommodation to suit every budget is available. Click here for some amazing Noosa Holiday Deals.

Destination Noosa is your perfect holiday break from the big city life or just to warm up, as Noosa has lovely constant winter temperatures equal to a lot of summer locations … come and visit us to see for yourself.

Airport transport is available from Sunshine Coast Maroochydore Airport an easy 25 minute drive to Noosa OR Brisbane Airport approx. 1.40 – 2 hours travel to Noosa … your Limousine Chauffeur will be waiting for you at the Airport Luggage claim making your trip stress-free and relaxing.

When it comes to Wedding Transport, there are many options …. here are a few things for you as a Groom to consider. 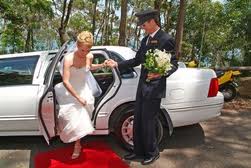 We are Multi-Award Winning and pride ourselves on

~ Value for Money ~ Excellence in Client Service ~ Quality of transport ~ 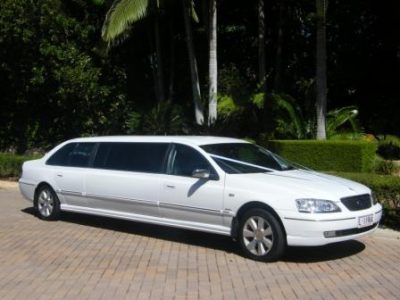 Here is a fun fact for you – 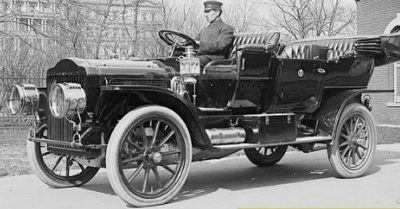 The first automobile used in a war was a Steam car.  The British preferred it because they could tap the boiler to brew a cup of tea. 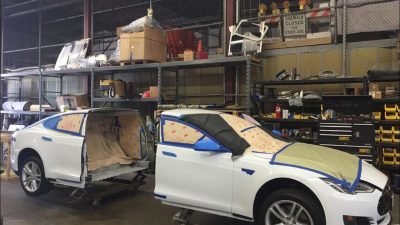 Here is 6 Tips for making your holiday travel fun with NO stress. 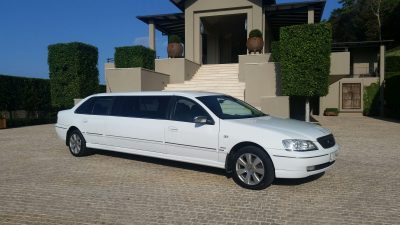 Limousines are an ideal way to travel to and from the airport … we at Noosa VIP Limousines make sure that your travel is Stress-Free, especially after a long flight. When you just want to get to your Accommodation, it’s a relief to know your Service is Door to Door.

Here are some tips …

1.  Book your limousine when you book your Flights and Accommodation. This will ensure there is no stress closer to the time when finding the vehicle you require may be more difficult.

2. Make sure you book a vehicle that will take all your luggage. So often there is a lot more luggage than what you anticipate, so allow for everyone to pack just that little bit more.

3. Our Chauffeurs will be waiting either at the Luggage Claim if you are travelling Domestic to Sunshine Coast Maroochydore Airport or Brisbane Airport or if you are flying International, your Chauffeur will be waiting as you come through from Customs … they will be dressed in Navy Suits with Chauffeur Caps and a sign with your name on it … and they will have a trolley ready to help you with your luggage.

5. If you need to pick up Keys, have this arranged and let us know so we can allow the extra time in your booking to avoid the stress of rushing.

Our aim is to give you a Stress-free transport service to and from the airport to start or complete your holiday the right way.

Stretch and Sedan Limousines are available at very affordable and comparable costs.

Our Limousines and Chauffeurs are Immaculate with late model cars and your comfort is guaranteed.

Please feel free to check out our Prices at Noosa VIP Limousines.

Have a wonderful trip! 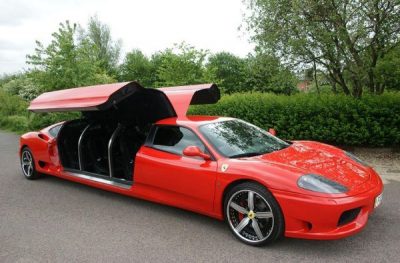 The Fastest Limousine in the World! –  The Ferrari stretch limousine is 23 feet long and has a 400bhp engine and super cool “gull-wing” doors. Despite it being a limo it can still achieve 0-60mph in less than six seconds and has a claimed top speed of 170mph and is in fact “Guinness World Record” holder for the fastest limo in the world! 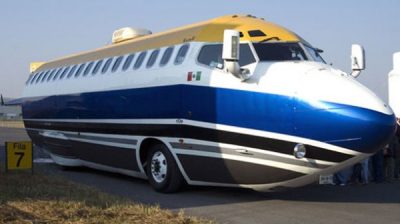 This is a Mexican limousine company that literally changed a Boeing 727 jet plane into a luxurious limousine! 100% road legal and truly amazing. 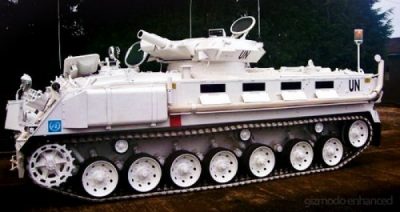 The Tank Limo is as overkill as it is possible to get, it might well be white,  a stylish leather green interior complete  with a cocktail bar and Jacuzzi, but it’s still a TANK! At least you won’t have a problem with doormen getting in the way.

The Luxury World of Grand Prix When it comes to limousine comfort is very important. But you can forget simple things like that with this simply incredible F1 car limo! It may not be a limo in the classic sense of the word but who cares when it is still capable of doing 300MPH!

OK, so we don’t have those here in Noosa but Noosa VIP Limousines can give you a truly memorable Limousine experience for your Wedding, Formal, Airport Transfer or just a special touch to a night out.

Wow … thanks for the info and facts we’ve been given.

Limousines are a great way to add a sense of class and style to any event. While you’re riding in a luxury transportation service, you’re often too swept up by the atmosphere to think about the fun facts surrounding this elegant form of transport. Here are five fun facts to wow your guests the next time you ride in a limousine.

1. Etymology
Limousine actually comes from the French word, Limousin, which is an area in France. If we trace it back even further, this word originally was an adjective for the people who lived there, from the Latin word, Lemovices. Apparently, the car gained its name due to the type of hood worn by the Lemovices people since the profile of a limo shares a vague visual resemblance.

2. Link to Airports
Nowadays, a limousine is associated with class, or with big events for Wedding day travel or formals. However, limos were also used in airport transportation, taking large groups of people to and from airports in 1959, despite its regal reputation since the 1930s.

3. Stretching into Business
Before the 1920s, a limousine was just a luxury car that was driven by a chauffeur. The long stretch limos we know today weren’t actually built until 1923 and became hugely popular with bands that needed to carry a lot of cargo and people, proving stretch limos aren’t just for Formals and Weddings. On top of that, stretch limos are the second most popular vehicle requested by business clients.

4. How Long are Talking?
The longest limousine was built in 1997 and was almost 100 feet long. A whopping 26 wheels divided the vehicle into three sizable chunks and could split in half to change direction.

5. A ‘Hot’ Commodity
Back in the 1930s, air conditioning was a rarity in every car and viewed as a luxury addition only the wealthy could afford. Thusly, the necessary air conditioning in a limo was seen as a lavish item, costing thousands of dollars more in today’s conversion rate.

Before you slide into the next limo for you, memorize these five fun facts to wow your guests while you ride in class and elegance to your next event (or corporate meeting).